What is viral loop marketing and how can it be used to improve eCommerce app downloads?

After all the technical perfection and successfully launching your ecommerce mobile app on the app stores (Google Play, iTunes store) you have stepped into the beginning another major responsibility ie marketing your mobile commerce app. “How to increase downloads for your ecommerce app? It’s not that complicated as such instead it is similar to marketing your website except for the platforms and a few other specific stuffs.” So, here we go with the beginning of marketing your app successfully. To start with, let’s consider the ranking factors that determine the popularity of apps inside the app stores.

To Be Considered App Ranking Factors

Country (region-specific performance) – Performance in a particular geographical location will improve app popularity in other regions as well.

Backlinks – Linking your app to several other relevant pages can actually improve its rankings.

Retention – Retention rate helps in long standing of the app rankings. Retention rate is determined based on the number of people who retain or uninstall your app over a period of 30 days.

ASO (or) App store optimization is like optimizing a website for search engine friendliness. In ASO, the optimization is done for app store popularity based on the above discussed ranking factors and guidelines.

Viral loop is a strategy that helps in creating a community of users via personal recommendations on online medium. So, this calls for detailing on how viral loop marketing can be used to improve app downloads and rankings.

Advantages of viral loop marketing: – Takes off the pressure of convincing a user to download your app – Reduces the necessity to spend for user acquisition and customer retention Facebook was based on invite in its early stages. Gmail launched an invite campaign which allowed users to invite 3 friends to try the Inbox app. This sort of invitation based app launches can provide viral personal recommendations and also earn quality feedback. Invite based viral loop marketing also creates a sense of exclusivity which creates a much needed hype around the app. While trying this, make sure your app is good enough to convince a person to recommend it to friends. Incentive based viral loops is plainly the practice of providing a benefit for a user who convinces her/his friends use the app. Here app subscriptions are free but brands go for personal recommendations via their existing customer base. PayPal followed a cash benefit strategy to convince its users to invite friends to use the payment gateway.

This helped the online payment giant to achieve a daily growth of 7 to 10% thus increasing the user base to a soaring new height in quick time. DropBox a cloud storage service provider introduced a referral program which provides users with 16GB of free additional storage for personal recommendations. This helped the brand achieve 2.8 direct referrals which increased the sign ups by 60%. Social benefits drive users to invite friends on their own. Let’s take an ecommerce mobile app for instance. An in-app chat system that allows users to chat with friends and family, share products, discuss over buying a product can seriously drive user engagement and create several communities of buyers for the ecommerce brand.

In such cases, a user will not be able to use the in-app chat feature unless her/his friends are using the same app. So this insists a user to recommend the app for friends. Readymade mobile commerce app building solutions like Contus M-Comm provide in-app chat feature which can help ecommerce brand viralize their app instantly. 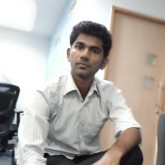 Vigneshwaran is a digital marketing executive at contus. His prime responsibility is to chalk out online marketing strategies. On a personal front he loves handling new marketing challenges.