When was the last time you waited to see a scheduled TV program. Probably, a long time ago?

OTT Tv is pacing ahead of TV. US households are spending more for on demand video services like Netflix than on cable TV subscriptions.

A Level 3, Streaming Media and Unisphere Study hints that Over-the-top video will overtake Tv in a span of 5 years. Global ott trends peg the annual growth rate at 30% o 50%.

There is much more happening in the OTT platform space. This post is a roundup on the upcoming OTT video trends that will make waves in 2018 and beyond.

Augmented Reality and Virtual Reality are immersive technologies that will put customers right into digital environments. The latest iPhone X with Augmented Reality feature is a hint which about the oncoming surge of mixed reality.

OTT platform trends for 2018 also suggest that virtual reality which remained a forte for gaming will now give a blockbuster entry into movie and film-making. The first of its kind VR center opened by IMAX in Manchester, England is a classic example to this.

Game of Thrones. Suits. Breaking Bad. all these popular serials have left audiences vying for more original content. Netflix is seen ramping up its original content production efforts systematically. Amazon and Hulu are also seen expanding their video banks to cater to the growing needs of original video content.

Amazon Studios, in particular has been rising steadily in terms of original content production. This unexpected move has definitely trumped established players like Netflix. In the coming days, expect more small players to get into original content online video streaming solution.

Viewers have also started demanding live experiences since they are more engaging and have a rarity compared to on demand videos. Facebook’s statistics cite that live video streaming attracts 3 times more viewership than ordinary video playback. Even Twitter and LinkedIn have also switched their loyalty towards live video streaming hinting that live streaming still present amidst trends in OTT.

The influence of omni-channel is spilling into video streaming too. Alongside Over-The-Top video streaming, hybrid video streaming that sells DVDs is also gaining momentum. Amazon which sells movie DVDs through its online store is a classic example. The eCommerce juggernaut also offers free shipping for its Prime customers.

This form of hybrid video streaming will usher a new stream of OTT video market trends. Traditional cable TV will take a step back as content owners will emphasize on selling their content merchandise alongside online video playback. OTT video solution will be in foremost for such purposes.

High-quality is not longer 1080p. Over the top video trends suggest that 4K and blu-ray quality video formats are pushing the envelope of video quality. Tvs, smartphones and laptops are also becoming more adaptable to streaming high-res formats like 4K videos.

A study by Strategy Analytics also found that the cost of 4K TVs have fallen drastically combined with a 70% increase in shipments. The rise of 4K streaming is a gigantic leap considering that the display which projects 8 Million+ pixels into your screen.

Unlike text content, video content is complex to analyze. It is also churned out in massive quantities which makes it a nightmare for content creators and streaming services to understand their viewer preferences better.

Thanks to Artificial Intelligence all that is above to change. AI can dig deeper into video metadata, read through viewership peaks and spot trends like most viewed frames, instances when viewers close the video, and so on. This would help create better video streams like highlights of sports actions that can excite viewers. AI for video analytics is something we can expect to list in the top OTT platform technology trends.

Flash video has slowly succumbed to oblivious. And another star is rising on the video front. HTML5 it is. HTML5 supersedes Flash player on several fronts including secure video playback, compatibility with any screen size, a lightweight framework that fits perfectly for enterprise users as well as private users. We can rightfully assume that HTML5 will replace Flash as a reliable video player.

Although companies are deploying groundbreaking trends in OTT to expand their vision in the technology, they must seek the evolving need of the market to fine-tune their offerings. It is clear that OTT trends will continue to grow in the near future and offer extensive opportunities to extend their audience growth and acquire revenue in the local and global market. 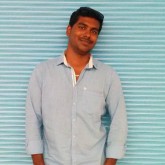