Kotlin vs.Java: Which Is The Better Option For Android Chat App Development?

Are you Planning to build your own Android Chat App?

Kotlin or Java…Thinking which would be the best choice!

Don’t worry, Just explore this blog & have some clarity over your confused state of mind.

Well, when it’s about creating a chat app for an Android platform, Java is considered to be the most prominent programming language compared to Kotlin. But in recent years, Kotlin has replaced Java at many places with it’s higher-order functions, lambdas, and function types.

According to Statista in early 2019, Kotlin had influenced the market share by 6.1% whereas Java is at the highest with 41.1%. But in the past two year, the popularity of Kotlin has suddenly got double-folded. A Stack Overflow developer survey states that Kotlin is the developer’s fourth-most-appreciated programming language.

Let’s break the silence over comparison with pros and cons of Kotlin and Java to proceed further.

Kotlin is an invention of JetBrains which has been officially supported by Google. It is an open-source language based on the Java Virtual Machine (JVM). Thus, it moves with both object-oriented (OOP) and a functional language.

There was a time when the inventors of Kotlin stated that Java has got a lot of unsuccessful solutions that can never be reverted back. Henceforth, there is a need for a brand-new language with more friendly syntax that can support to build a video chat app for android to the core. This is how the new language ‘Kotlin’ came into light.

Now, let’s have a look at the Pros and Cons of Kotlin

Although currently Kotlin is the most predominant one-stop language for all application areas. It provides a wide range of friendly syntax that makes it over Java.

Let’s point out some of the pros to know better

For any language it is very important to have readability and that too when it is provided with less coding, it will be awesome!

In programming languages, executing properly written syntax with less code results in fewer bugs. This is what Kotlin provides in regular – less code with high-readability, that eventually supports creating the best chat app for website or mobile app.

Once JetBrains was looking for a simpler tool than Java to work with its main product IntelliJ IDEA. The team investigated all the alternatives, but was left with no results. Thus, Kotlin came into the role. It has resolved all the challenges that developers faced to build a real time chat app using kotlin chat SDK.

For instance, it helps you to avoid null pointer exceptions which can have an impact over the large codebases and APIs.

Kotlin is highly compatible with Java when it comes to chat app solutions using kotlin as here the compiler generates bytecodes with the specific version. And Java can be executed with any bytecodes.

Theoretically, it moves better when it is with largest values, as Kotlin compiler has many options for code generation. But as of now, Kotlin currently does not have any specific feature supporting the bytecode that is newer than 1.8 version.

4. Kotlin is Easy To Adopt

To enable the product maintenance or streamline custom Android chat app development, you can have over two to three engineers for the project to Kotlin and start from a small part of the codebase.

Kotlin moves along with any cross-platform development. It provides support to JavaScript and interoperability, all this by enabling developers to move their frontends to Kotlin, and have them in it from the very beginning of the project.

6. Kotlin with a Strong Community

Even after the launch of Kotlin, JetBrains is constantly improving the language being committed towards the project with their team. This has provided kotlin with a stable business model that converts the part of their own flagship products to use it.

As every other programming language, even Kotlin has cons to be looked upon.

Anyhow, Kotlin and Java both seem to resemble each other, but still they differ in many aspects. App developers just can’t make the switch if they don’t have any knowledge about kotlin to build a chat app in android.

Compared to Java, Kotlin always performs very fast with incremental builds. But even after this, Java is always remembered for its incomparability when it’s about clean building.

The number of developers switching to Kotlin is increasing every other day but still there is a limited developers community available to learn the language to resolve the queries during the development process of creating a chat app for android.

Now, when we are done with the pros and cons, you might be interested in where all this Kotlin has been used.

Use Cases of Kotlin Language

When it comes to the use cases of kotlin there are many. Among all of these some are notified to the most like Pinterest – a unique and popular image sharing service report via Android app.

Apart from this some of the other top applications that use kotlin are Google, Square, Tinder, N26, Netflix, and much more.

Making Major Changes To Your Android Mobile App? We Can Help You Plan For Scalability.
Try it free

Java is a class-based all-terrain, object-oriented programming language that has been designed to have lesser implementation dependencies over specific hardware or software.

Today Java has made its presence in desktop, mobile and web applications. For being reliable, fast and secure, it is preferred to be the best computing platform to create a chat platform for Android and web apps.

However, all the functionalities of Java take place inside the three Java platform components. That includes

JDK is a software development environment used for creating applets and Java applications. They contain the tools that are needed to write Java programs and JRE to execute them. Also includes a compiler, Java application launcher and applet viewer, etc.

2. Java Virtual Machine(JVM)
JVM is an engine that allows a runtime environment that can drive the Java Code or applications. It converts the Java bytecode into machine language and is a part of the Java Run Environment (JRE).

JRE is a piece of software that has been designed to run other software. It contains the class libraries, JVM, and loader class. In other words, you can say that if you ever want to run a Java Program you need JRE.It is a complete package in itself that a non-programmer can make use of to run a Java program without installing JDK separately.

Now, let’s have a look at some of the Pros and Cons of Java

As we all know that Java is the most basic language that is considered by almost every developer to develop their android chat app. But, still some of its pros and cons have made it stand behind the bush.

Let’s have a look at some of it’s pros

It is an easy to learn and understandable programming language. Moreover, it’s codes are easy to debug and can be maintained over time. Even Java is less complex compared to other similar languages such as C and C++.

Java is well known for being a powerful and highly reliable language. Moreover, its scalability and solidity attribute has made it the most favourable one for mobile, desktop and web applications.

Java mostly reduces the security threats and risks by avoiding the use of explicit pointers. Generally, the pointer stores the memory address of other values so sometimes the pointers cause unauthorized access to memories.
But, the great thing over here is that the concept of pointers doesn’t exist in Java, so this isn’t a problem.

Generally, Java provides a mechanism for sharing data across several computers as a support system in improving efficiency and performance. All this is made with one network where this helps in any chat app development to contribute towards the functionality as well as application.

This provides the capability for a program to perform many threads or tasks at the same time within a program. Since, here the threads share a common memory space where it does get switched among themselves. Eventually allowing the developers to build a robust interactive messaging chat application for android.

Beside pros even Java has got some cons simply as every other programming language. Let’s have a look at some of the cons of Java

1. Need Some Specific Space For Memory

With other native languages, Java is a rather comparatively slower and memory-consuming one. Since it’s a high-level language, each of its code lines needs to be interpreted into machine-level codes. This can slow the performance due to the extra level of abstraction and compilation.

When compared to Kotlin, Java requires far more code to be written to move on with the execution process. This creates a high possibility of bugs.

Since, Java lacks in presentation when it comes to desktop user interface experience. Thus, the developers must use different language-specific tools to build a program’s graphical user interface (GUI). But, this is not the case with android chat apps as they usually get along.

Use Cases of Java Language

However, the article was very much specific about the comparison when it comes to pros and cons of both Kotlin and Java.

This is mainly to give you a clarity over the concept as which language is the best for you to build your own Android chat app?

Now, it’s your turn to make a decision before moving on with the idea of how to create a simple chat app in Android. So, just take a deep breath and move ahead. Good Luck!

If you have an idea about creating a chat app using Java or Kotlin, Schedule a free demo and we’ll help you implement it! 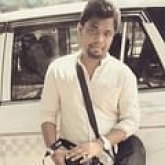 Parthiba is a Product Marketer, helping providers of the various industries like healthcare, education, etc., to elevate their conversation value with the help of powerful communication solutions to drive better communication experience. Try it free
We use cookies on our website to give you the most relevant experience by remembering your preferences and repeat visits. By clicking “Accept All”, you consent to the use of ALL the cookies. However, you may visit "Cookie Settings" to provide a controlled consent.
Cookie SettingsAccept All
Manage consent