7 Benefits of Choosing Offshore Development Center For Your Project

Arguably, remote teams are the most sought-after asset for organizations today, considering offices have shut down indefinitely, and Work From Home is now the new norm. Tech giants are waking up to the benefits of hiring offshore developers, and Facebook and Spotify have gone so far as to urge other companies to take advantage of this new trend.

However, it looks like remote and offshore development teams might just be the new way of doing things, rather than a passing trend. More and more corporates, startups and medium enterprises are warming up to the idea of hiring dedicated teams for projects rather than tax in-house developers and company resources. The advantages of hiring offshore developers are tempting enough to spur this change at a faster pace. If you’re still on the fence about choosing offshore development center, here are a few reasons that will convince you to take the plunge:

Reasons Why Offshore Development Center (ODC) is the Best Choice

1) Save on hiring and operation costs Developers from certain parts of the country or the world often command ower employment costs than others, despite their skills being on par. One of the major benefits is that you’re able to hire an offshore developer for a lower price than one in your area, without compromising on skills, talent or experience. Additionally, you will not have to factor in seat costs, employee perks, insurance and other tags that come with hiring full-time employees. Choosing to hire offshore developers allows you to be more selective about who you have on board. This is because many of the restrictions that come with hiring full-time or close-by employees are lifted when it comes to offshore development teams. For starters, you don’t need someone who can commute to the office. You can pick developers who are ideal for singular projects, rather than ensuring they can work on a variety. You can be picky about the skills you need, especially if you’re planning to hire on short-term contracts. With offshore development teams, communication becomes more task-oriented and project-focused. This is more efficient as it cuts through the small talk to get to the heart of a project or a discussion. The plethora of communication tools ensure that your plans don’t suffer if you choose to hire dedicated offshore development teams. If anything, they become better considering the remote developer takes the time otherwise spent on long face-to-face meetings and channels them into actively getting work done. Housing an employee on-site can be a costly affair, especially if your office is located in prime areas of popular cities. Add to the mix the staggering IT costs and employee allowances, and the number rises exponentially. When you hire developers from offshore development center, however, these costs don’t factor in the budget. This leaves more money to pump into projects and the growth of the company, without compromising on the quality or speed of work done. With offshore development center, office shutdowns and punch-out timings are out of the way. Creating a diverse team of developers from around the world allows you to have at least one person on hand at all times. This is especially vital during the later stages of development, where testing, quality analysis and launch takes priority. It is also critical to the post-launch service and maintenance, which can make or break the success of a company. Despite the lack of a physical space to bring people together, offshore development teams are just as invested in your business vision, maybe even more so that employees. This is because their income and reputation are greatly influenced by the types of projects they take on and how well they perform. Additionally, professional developers have much experience in dealing with the constraints of remote working and turning them into advantages. Above all, a team of experienced offshore developers might well have better engagement than a hodge-podge set of employees with shared workspaces. Statistics seem to agree– remote working teams can increase productivity by 13% when compared to in-house teams, according to a Stanford study. With the restraints of in-house hirings – such as employee fit, location, and salaries – out of the way, businesses can now focus on expanding their developmental capacities by hiring stronger developers. When you hire offshore developers, you are free to focus entirely on their portfolio and the skills they bring to the table. You can also experiment with different skill sets and types of people with lower risks, especially if you set a shorter period of engagement.

Take the Plunge and Choose an Offshore Development Center

The above advantages of hiring offshore programmers and developers are extremely telling. They highlight just how beneficial offshore development teams can be to a company on a variety of planes, right from operational costs to productivity. They also clarify certain myths revolving around remotely working teams– contrary to popular belief, hiring offshore software developers can be even more productive than in-house teams and more goal-oriented, too.

The next question that you might wonder to ask, how to hire offshore developers. However, that’s just as easily answered– all you need to do is look to CONTUS DigitalTeams. Our highly talented development team is composed of skilled programmers, designers and developers go from concept to completion with high efficiency. The services they provide run the gamut, from full-stack digital engineering to enterprise DevOps.

Hiring a offshore development team is undoubtedly the best decision you can make towards growing your business and knocking goals out of the park. 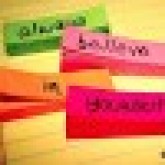 Vakula Chetty is a Senior Digital Marketing Executive. She is leading the marketing team of CONTUS DigitalTeams. Kotlin vs.Java: Which Is The Better Option For Android Chat App Development?